Hundreds of trees were brought down in Rome this week when a tromba d'aria (Tornado) struck in the area around the Olympic Stadium and the north of the city. The city was paralysed for the morning due to the traffic congestion as roads in the north of the city were blocked. Some good photos can be viewed via La Republica. I should know, because a 45 minute drive to work took 2 hours 15 minutes. Not my idea of fun.

Todays Telegraph reports on the effect that the storms Rome has suffered in recent years have wrought: Telegraph: Why only plumbing can prevent the fall of Rome.

Courtesy of Google Earth here's a fantastic shot of Rome: 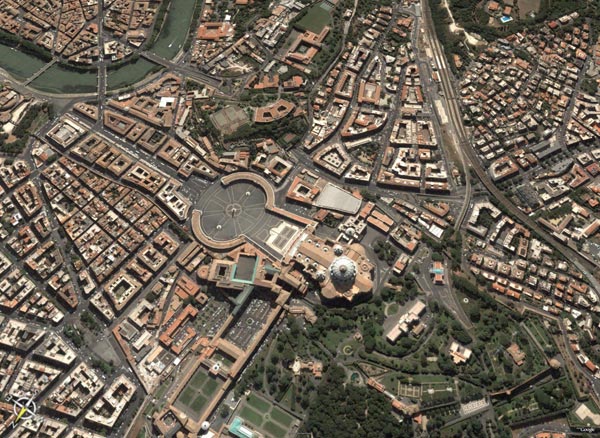 The moral of all this is, come and have a look now before it all falls apart.