It's been a long year.

In late March, swerving to avoid a taxi that pulled out from a side road without looking and then stopped in front of me, I put my front wheel in a tram track. Result, boom, I hit the ground hard, and broke my left femur and wrist. 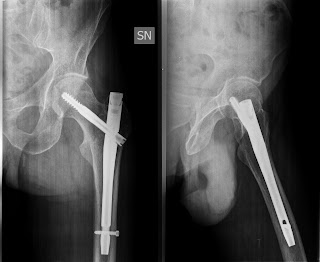 It's now November. I was on crutches until late August, and was still having problems limping occasionally when walking through September. Although the bones healed quickly, the physiotherapy as always was tough. Now that the cold weather has arrived I can feel the wound more, and am having problems sleeping as my leg hurts.

All because some taxi driver - I don't know who because he drove away from the scene of the accident, pulled out without looking - when I had the right of way.